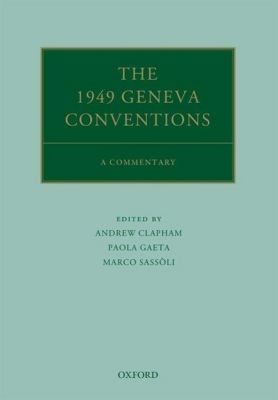 The first commentary in over fifty years on the four 1949 Geneva Conventions, the cornerstones of international humanitarian law.

Provides an unmatched analysis of each key issue dealt with by the Geneva Conventions by over sixty international law experts.

Uniquely interprets and explains the Conventions' provisions as they have practically operated, with reference to judicial decisions, state practice, and the Conventions' interaction with human rights law and international criminal law.

Includes thought-provoking cross-cutting chapters addressing issues such as the transnational nature of conflicts and the geographical scope of the Conventions.